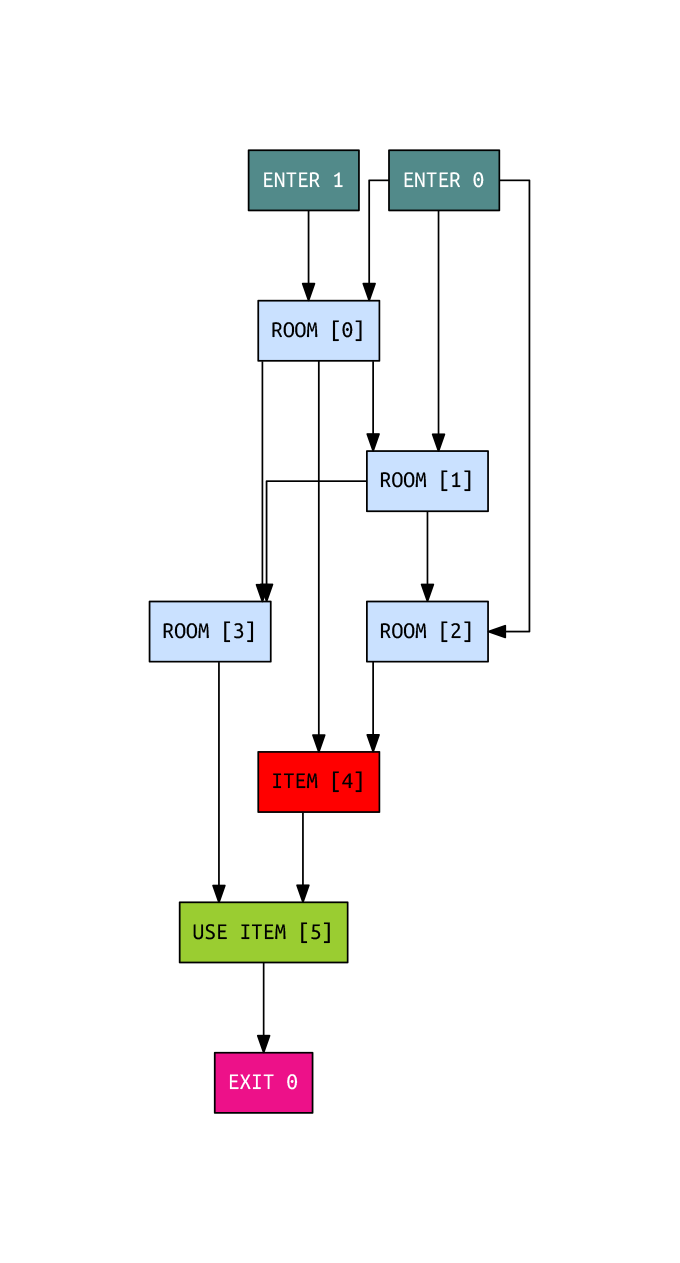 An example series of game graph domains procedurally evolved through the application of a genotypic structure inspired by CGP. 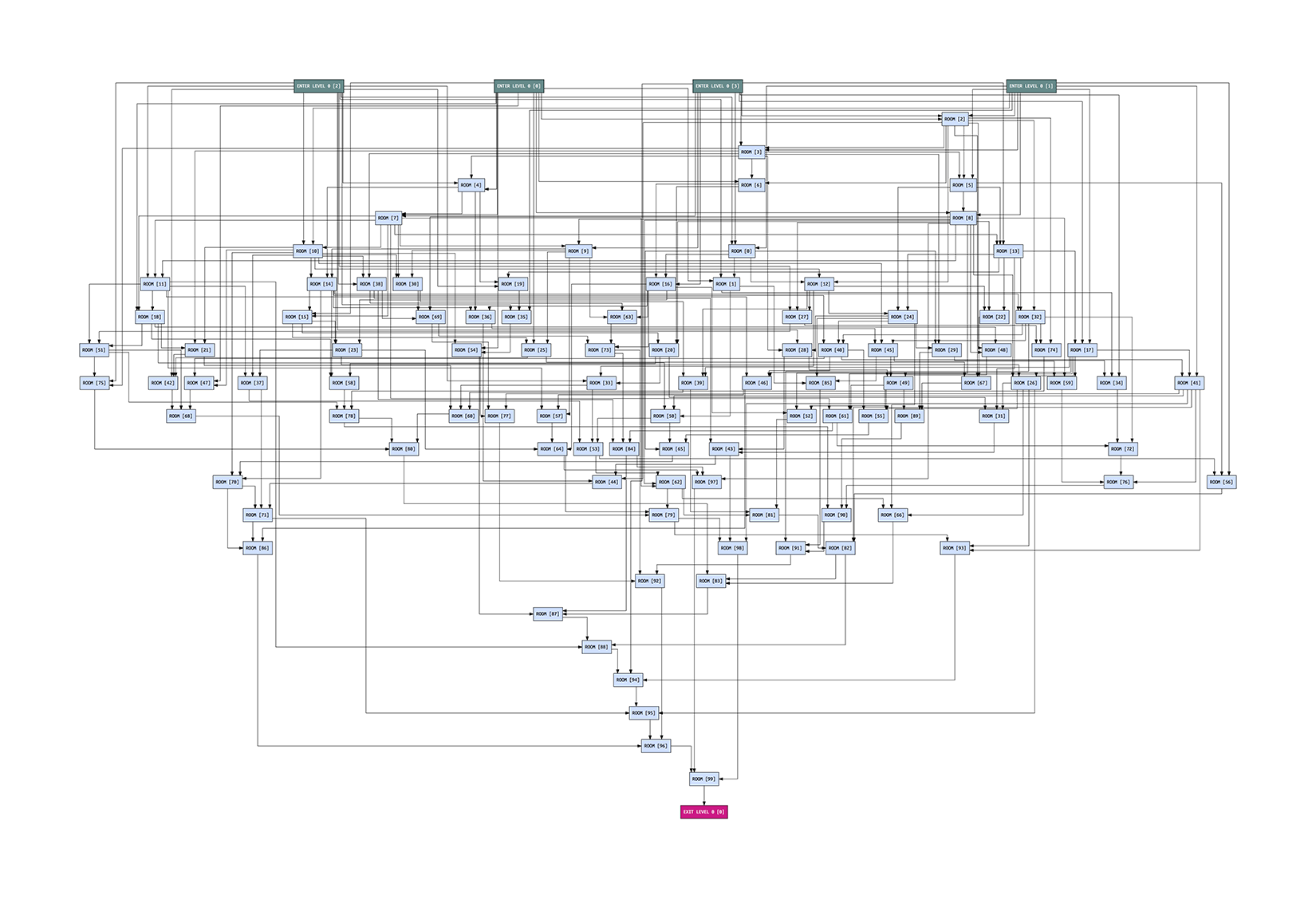 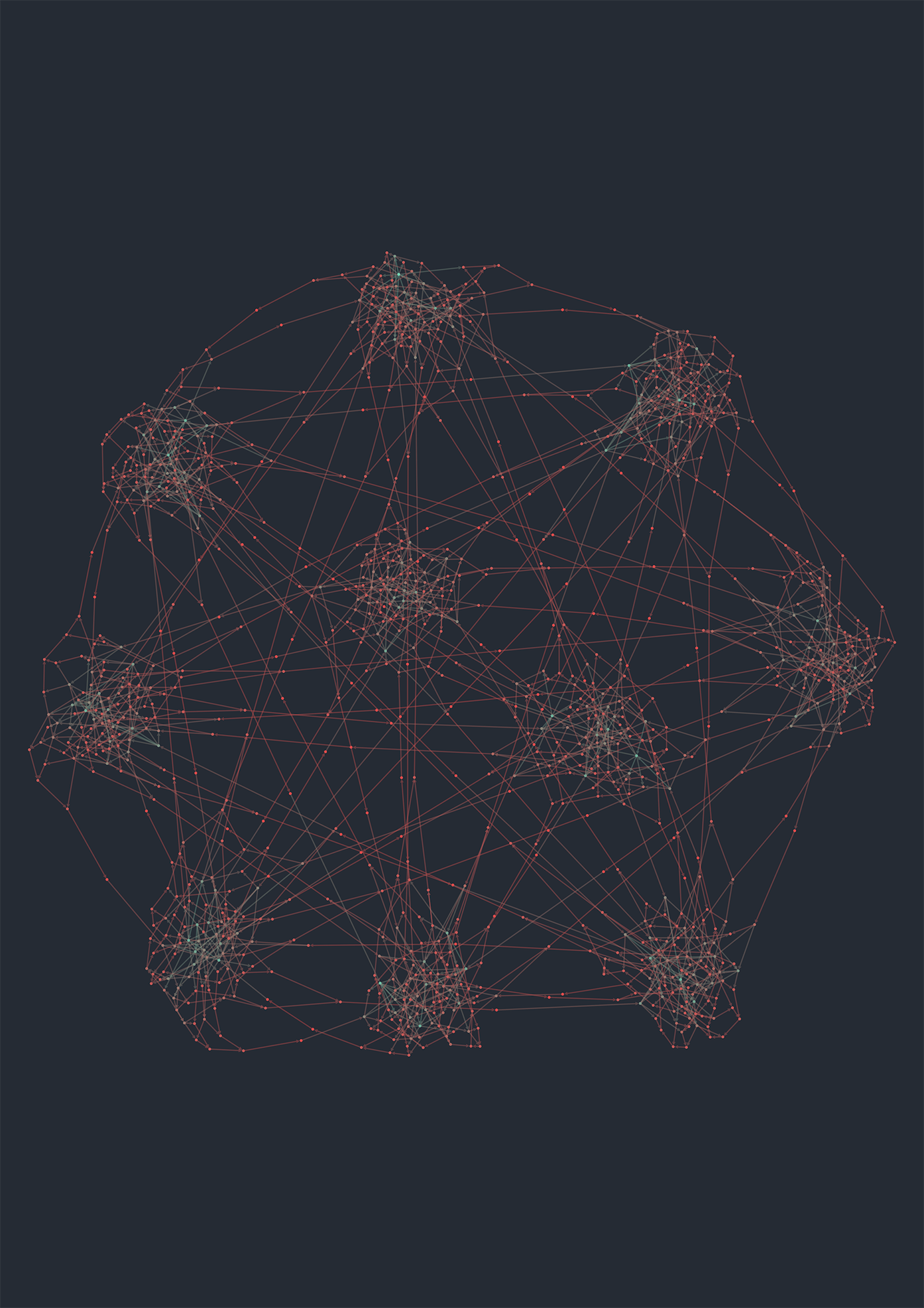